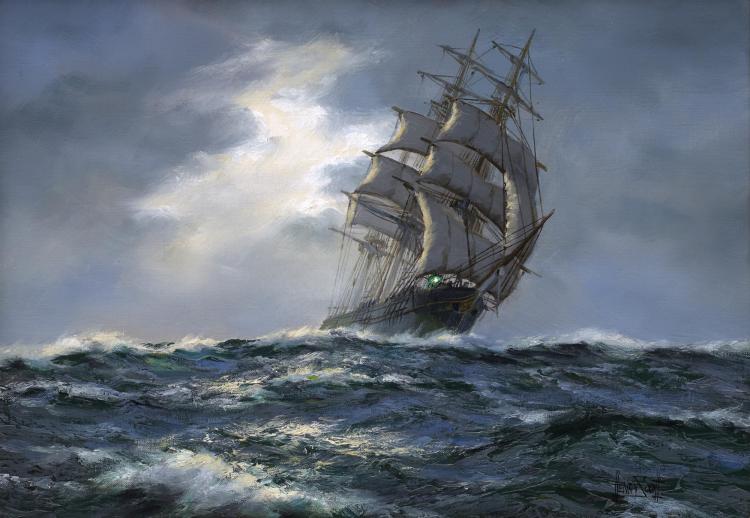 This brief post is a warm salute to that anomaly among pirate captains, Jack Sparrow.  Wallie and I saw the new film and we simply do not know where all those bad reviews come from! This is, at any rate, a brief sketch with words to that rare fellow what makes pirating a vocation, vacation, and an explosion.

He was not, perhaps, prepossessing: diminutive and small-boned: but there was something striking in his easy, careless posture as he leaned at the ship’s rail, and there was something of the captain in the way his dark eyes rested on the open sea. And there was I, watching him. I would never quite understand the magic that was in Captain Jack Sparrow. I don’t think I would ever reconcile myself to that mix of preposterousness and delicacy, to the free, romantic fire in his pirate’s soul. But I stood at the wheel, dreaming over him, and his large eyes went to me and his mouth smiled.