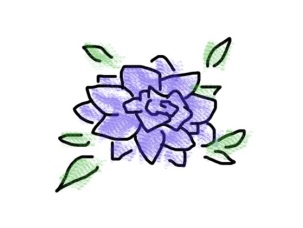 This was not a normal baby bird. For one thing, it was evil. It stared at Susan with evil beady black eyes, its head undulating and its mouth open wide. There was something malevolent in the way that baby bird kept its mouth wide open. Susan sat very still as the baby bird sat on her lap. She could feel its eyes boring into her, but she was watching Tommy.

Tommy was mixing dog and baby food into Tupperware.

“What’s that for?” asked Susan.

“Can’t you just give it a worm or something?”

Susan sighed. She glared down at the baby bird with its enormous mouth wide open.

Susan watched the bird eat. It ate aggressively, like a predator. Something stuck in her head about birds being the descendants of dinosaurs.

“It might give you a disease,” she said. “I’m going to have to wash my clothes.”

“It’s not sick,” said Tommy. “It’s just scared. I think the storm must have blown it into the street.”

He took the bird in his hands. It bit him and he winced and laughed, placing the tiny creature gently in a box soft with rumpled dishcloths. Susan watched him hover over the box, using a medicine dropper to continue feeding it. She sighed and looked at her watch.

He caught her wry tone. He looked up from that perpetually open mouth and bobbing head, flashing her a quick smile.

“And miss a pancake date with the girls?” Susan stood and leaned over his open laptop. “These little guys need to be fed every half-hour. You do know that, right?”

“Stop worrying,” he said. “They sleep through the night. There are benefits to being an assistant vet in a small town—and one of them is a working knowledge of baby birds.”

“Can’t you just leave it at work?” She felt like she could feel the baby bird’s little black eyes boring through its box and into her skull. “Alright. Fine. But watch out, you know? That’s a wild animal. You better be careful.” She put her bag down with another sigh. “I’d better stay and make sure you don’t hurt each other after all.”

One thought on “A Bad Baby Bird”