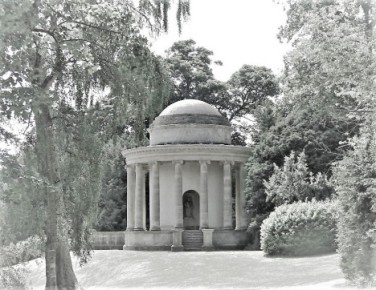 It was a monument to the transitivity of things. Someone, somewhere, had made this structure of perfect smooth stone. It had survived wars and weather. It had survived its makers. That dome and those stairs had stood for hundreds upon hundreds of years, the cold shell of a memory.

Captain Ratt’s question was stifled by a face full of snow. The twin moles who had thrown the missile fell around each other laughing helplessly.

“You two mischiefs.” The captain brushed the snow out of his hair, narrowing his eyes. “Alright then. No one beats Cap’n Ratt in a fight. Come on!”

Digger and Rustle squealed in mock terror. From the trees, the squirrels tittered, trying to make their own snowballs out of the snow on the tree branches.

From her perch, the old owl spread her wings and flew to the safety of a higher branch. She watched the playful mayhem below.

Written in response to Sue Vincent’s Thursday photo prompt. Check it out!