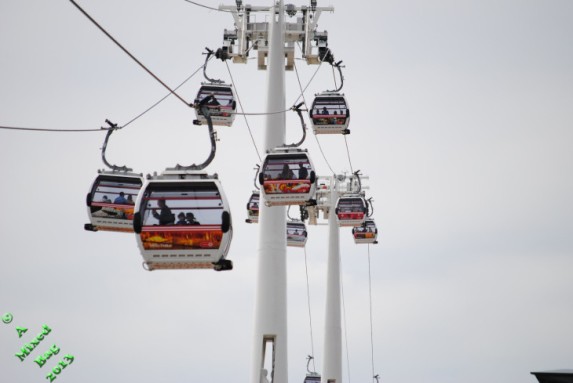 “One day,” said Michael, “they’ll invent machines that are so good they aren’t even machines anymore. Then we won’t have to do this kind of thing.”

Jen glanced at her companion. He crouched on the floor of their transport while the other two trainees, across from her, looked out the windows with faces like stone.

“The dragon attack is going to start any minute now,” added one of the others.

The simulation was startlingly real. Jen could even see the transports behind them burning. The weapons had no effect on the dragons. Suddenly, startling them all, Micky hit the button for the release clamp.

There wasn’t time for words. Their car shot forward, pulled by gravity. When it crashed, no one moved for a while. But they were alright.

“I’m sorry,” Mick apologized. He looked relieved to be on the ground, pointing up at the burning cars above them. “But at least we’re safe.”

“We were always safe,” muttered Jen. “It’s a simulation.”

Written in response to Sunday Photo Fiction‘s photo prompt. Check it out!

Whoever said fantasy was better than reality. Nicely done.

Wallie and I thank you 🙂 We’re glad you enjoyed it