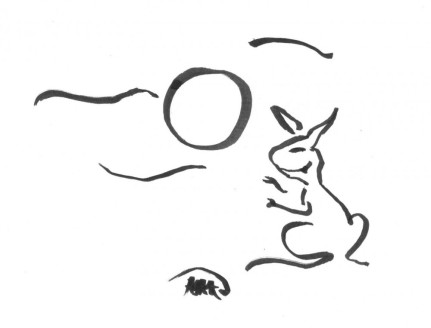 Apparently Jack Colton didn’t believe in formalities or protocol. With a slam and a crash, he was in her office, a very flustered and indignant secretary stumbling and flailing after him like a bird caught in the path of a hurricane.

The young lieutenant had never looked so wild. Leaning over her desk, he thrust a sheet of paper at Hailie, inches short of her nose.

“Sign it,” he said. “I don’t have time to play twiddle-thumbs with you kids.”

She looked at him, as dispassionate as he was impassioned. “What is it?” she asked.

She took the paper from him. She shook her head. “Lieutenant Colton, I don’t understand,” she said.

“This exempts you from Commander Peters’ direct order. Apparently you are in need of psychological and physical evaluation. There isn’t any information as to why, but I expect you’ll describe the circumstances to me in detail soon.”

“Oh do you now? Well let me tell you something. I don’t know who you are or where you come from, but this ship doesn’t need a psychological evaluator, Miss Jillian, and I resent it, I resent your presence. I resent all the insinuations and wrack-and-wheel work that comes with it. I resent your false sympathies. We’re soldiers, not girl scouts on a wild safari. So I broke a little. It’s nothing. It’s not serious. I’m fine. Everyone’s fine. I don’t need your comfort and I won’t take your pills. Give it to the bleeding hearts, lady, because I—”

“Lieutenant Colton.” Hailie spoke quietly, but she had his attention at once. “Sit down.”

Her tone brooked no argument. He sat.

Hailie glanced at her secretary who still stood helplessly by.

Once more she scanned the sheet Colton had given her. Then Hailie Jillian raised her eyes and shook her head.

“I’m sorry, Lieutenant,” she said. “I can’t sign. I hate that we have to start off at odds with one another, but that’s the way it is. Now you can either continue to resist and risk my showing this letter to the commander, or you can comply with his wishes and let me examine you. I’m not going to hurt you, if that’s what you’re scared of.”

Colton’s face had whitened by degrees as she spoke. Whether his color was caused by anger or distress, she couldn’t tell. His lip curled in a sneer at the last, but it was weak and half-hearted.

His eyes rolled towards the ceiling. “Whatever.”

She folded his letter and put it in her desk drawer. “Now care to explain why the commander sent you here?”

“Well who does know?”

“Good question, Doc. Can’t tell you. I was doing my job, same as the rest. An easy assignment, nothing difficult, nothing we weren’t briefed or trained for. Stumbled on a hostile colony. Bit of a scramble and scuffle there, but no one was hurt. They had a few guns on ’em, but we caught that shit in time.”

Hailie leaned back in her seat. “How did you ‘break’?”

“You said you ‘broke a little.’ What’s that mean?”

He snatched the palm-pad from her. His long, slim fingers worked over the screen’s surface.

She didn’t allow herself to smile, but she wanted to. “Yes.”

He raised his eyes. His expression was odd, somehow defiant and defeated at the same time.

She took the pad from him and he didn’t resist. “Are you going to tell me?”

“I’ll find out eventually,” said Hailie. “There were other witnesses. Why not describe the situation yourself, before I get another’s perspective?”

“Alright then.” The doctor rose. She ran her fingers through her hair. “Will you let me examine you, or are you as shy there as you are with confessing the past?”

He drew in a sharp breath. “What do you mean, ‘examine?’”

“I mean, make sure you’re alright.” She stepped around the table. “I’ve known wannabe heroes walk around with cracked ribs and sprained fingers just because they thought they could take it, only to fail in a crisis. I want to make sure you’re not that Spartan.”

“I’m not. I might be nuts, but I’m not made out of Teflon. World’s lowest tolerance for pain, that’s me.”

Written in response to the Daily Post’s Daily Prompt, “Cur.” Check it out!