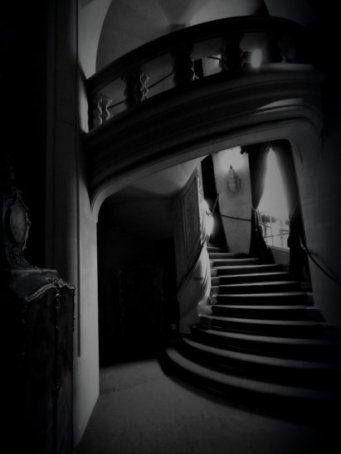 They said he asked for me often; that his prayers were full of my name, the mock self-portrait I had given crumpled at his heart. He wept often—it was his weakness, the illness. He cried for me, but it was the pain coupled with fever that directed the cry, and when he was aware he was silent and asked for no one.

News of my adventures affected him unpredictably. He expressed no gladness that I was still alive, nor enthusiasm at any chance of success. Sometimes he was calmed by talk of me and would listen quietly and attentively, as if he were a child and his nurse a storyteller. Then he was afforded a moment’s peace and stillness. Equally often he shed silent tears as he bade the speaker tell on, his countenance so stricken that it seemed he could not live on however promising the account.

They told me he had forbidden any word in my support, in defense of what he believed my desertion. There were times he—but no, it was too late. He asked for me to the last. Would I see him, and do him honor, even when he knew me no more?

They had moved his room upstairs. There were none of his touches in it, no books open, tumbled across the floor, no painting on the walls. All was neatly arranged and bare, unadorned. The drapes about his bed were bound to the high posts, hanging like wan white sails reefed on a phantom ship. The window was open, and the warmth of summer was inside, and yet to see those smooth, white linen sheets and the still form beneath them sent a chill through me that defied all the season’s heat.

For he was death. His features were wrenched with suffering, hands clenched on the coverlet. One of the courtiers informed me that they had taken my paper from him as he lost awareness, for it had fallen to shreds beneath his merciless grip, and I could see the remains upon the bedside table scattered like ash petals, the remains of a fever-consumed soul. Yet though he was changed and ruined his gaunt face bore an expression of infinite peace. His hour had come, and he was ready for it, longing for it, even as the one who intended to stay his life stood by him.

I knelt and took his hands in mine, his slim fingers limp and unresponsive. They were cold as ice, and I kissed them, restoring what warmth I could. Too late, to feel his hand welcome mine; too late to see that searing gaze that had scorned me on the training field, only to melt at his own defeat in a mix of satisfaction and warmth. I had loved our battles of will no less than I despised the parting that had left him in grieving agony, too weak to follow my venture, too strong to yield his body to the bed that now claimed him.

I took the bottle from my jacket. There was a drop left. I did not know if it would be enough to help him. I could hope only in God. Raising the bottle’s mouth to his, I waited for movement, for even a shallow swallow.

I heard footsteps, quiet but firm. It was Sir Ywan. I turned and looked up into my mentor‘s face.

Ywan raised me by the shoulders. “You saved all that was dear to him, Jackie. Tomas was not a fool. There was a part of him, I know, that understood.”

The old knight nodded. “I will tell them downstairs,” he said. “You will not be disturbed.”

4 thoughts on “Saving the World To Lose It #writephoto”