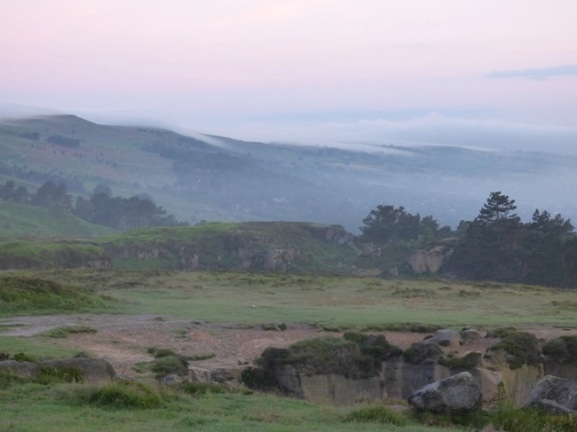 She remembered standing on that ridge overlooking that moorland. It had been a morning like this a little over a year ago. The sky had been that pale, cool pink softening towards a rainy afternoon chill. She remembered huddling under her cloak, trying to keep the rain out as they continued the long road to the false king’s castle.

A silly girl, that’s what she had been. A silly girl with big ideas and a bundle of arguments that meant nothing to an iron tyrant.

“Well well,” said a light voice beside her. “What are you waiting for, Your Highness? Hurry, hurry. It’s cold.”

Ember turned to her companion with a mischievous smile. “You don’t care if it’s cold. You only want more of Knickle’s brownies!”

Ember shook her head. The elf was impossible, but she couldn’t think of a better friend. Hadn’t he stood here a year ago beside her? But then she had been nudging him forward. Then, she had still been a silly girl ready to fight a war, and not a young queen faced with leading a kingdom.

Ember glared at him and took the first step forward.

It’s been a while, but Wallie and I are sorting things out slowly. We have faced a great many changes over the last few years ourselves. 🙂

God bless you through this trying time.