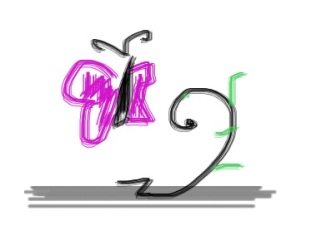 Supposing when he met her, the prince didn’t kiss her, not at once. Suppose he sat down and thought about it.

That is what Prince Mark did when he found Sleeping Beauty. First he checked her pulse to make sure she was alive, and then he sat down, thinking. After all, she was very beautiful and a stranger. There was a lot for him to think about.

Maybe she wasn’t a princess. But what else could she be?

Kissed her? He couldn’t kiss her. He didn’t even know her name. The prince hadn’t kissed anyone before but if this sleeper was cursed, a kiss might cure it. Love could cure anything. The prince didn’t know much about love, but he was a firm believer in it.

Only, he wasn’t sure he loved her. And then, she might not love him either.

She might not like the color of his eyes. His nose. His hair, which he always wore a little long. She might want him to sing or read poetry or dance, and Prince Mark didn’t dance or sing, although he thought he might be able to read someone else’s poetry to her.

What if she opened her eyes and there was nothing in them?

Prince Mark got up suddenly, pacing. He always paced when he was anxious. And then he leaned and kissed her, and his heart was pounding so hard he thought it might burst.

She opened her eyes. There was something in them, after all.